Ignited by public comment, Board members started off the meeting discussing reopening of the Community Center kitchen that has laid dormant since before the pandemic. While no immediate solution was reached, it sparked an enthusiastic exchange board members plan to revisit for its future.

Fire Chief James Brakebill gave an update on recent successful Fire auxiliary meetings, as well as recapping the annual First Responder Awards Banquet, held on 9/11 at the Elk’s Lodge.
Agency reports included Director Jennifer Henning discussing the controversial communications tower being installed on BLM land on the West end of Morongo Valley, much to the dismay of the surrounding Mockingbird neighborhood. Henning has formed a BLM Tower Ad Hoc Committee to prepare for opposition.

For new business action items, a 30-day approval was given to allow the option of online board meetings. With the issue of falling branches in Covington Park, Board members decided to hold off on the two estimates given by local arborists, requesting three more bids and barricading emergency areas in the meantime. And while board members planned to review, discuss and approve wider Board of Directors titles, the item was agreed to be tabled until December.

Follow
Gabriel Hart is an assignment reporter at Z1077. Hart is also a columnist at writer's resource site Lit Reactor and a regular contributor to Los Angeles Review of Books and The Last Estate. His neo-pulp short-story collection Fallout From Our Asphalt…

If you hear loud explosions, booms or rumbles in the hi desert, they are very…

For residents opposed to the Wonder Inn resort in Wonder Valley, there will be…

The Morongo Basin Healthcare District Board of Directors has announced their… 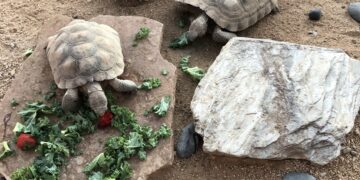 Listen here: If you are relatively new to the Morongo Basin you are…