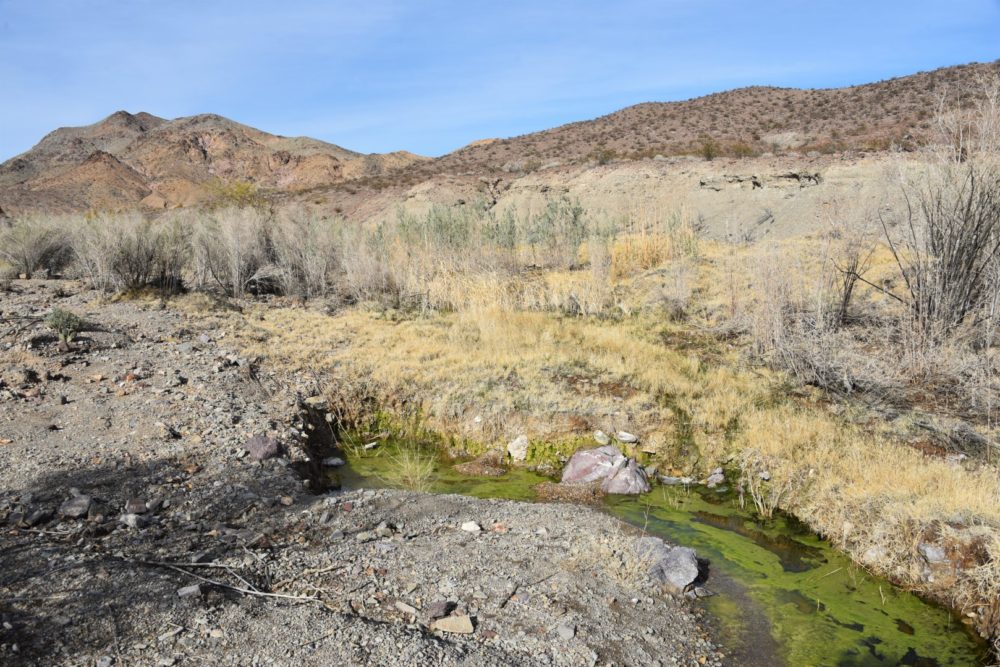 The water in Bonanza Spring flows continuously, year-round. This is about 1/2 mile from where the spring comes out of the ground.

The Cadiz water project—which aims to pump 16 billion gallons of water from an aquifer in the Mojave Desert east of Twentynine Palms and ship it to Orange County—has had its ups and downs for nearly two decades. Critics of the project say that Cadiz will deplete the aquifer by pumping out more water than can be replaced naturally; Cadiz claims that in 50 years, the water in the aquifer will only be depleted by 3 to 13 percent. On the plus side for Cadiz, the Deputy Secretary of the Interior, David Bernhardt, is a former lobbyist for the Cadiz Water Project. A bill in the California legislature that would have imposed additional review on the Cadiz water pumping project failed to pass in the state Senate earlier this year. Multiple lawsuits attempting to stop the Cadiz water project have failed. But, on the minus side, municipal water districts have failed to sign up to purchase water from Cadiz. Managing editor Tami Roleff says another roadblock for the project has come up—this one from the state government…
The California Department of Fish and Wildlife was recently reviewing the environmental impact report for the Cadiz water project—which was completed in 2012—and determined that the EIR is flawed and outdated, and that new science demands a more thorough look at the project’s likely environmental harms. A six-page letter to Cadiz’s chief executive officer Scott Slater, said that near-by Bonanza Springs, which serves as a water source for many animals, including the federally protected bighorn sheep, is connected to the Cadiz aquifer. Cadiz has disputed this, but new scientific studies show there Bonanza Springs there is a connection to the Cadiz aquifer, “raising the potential of a substantially increased risk of negative impacts to the desert bighorn sheep that frequent Bonanza Springs.” Pumping from the aquifer would harm the springs and the animals who depend on it. The letter concludes that “Further analysis and additional review” is necessary.

Excerpts from the December 4, 2018, letter from the California Department of Fish and Wildlife to Scott Slater:
“In the course of its review the Department identified information of substantial importance that was developed after the District certified the Project EIR. This new information indicates the Project may cause significant effects not discussed or substantially more severe effects than shown in the Project EIR….
“The Department appreciates the District as CEQA lead agency certified the Project EIR on July 31, 2012; that the District drew related litigation; and that those challenges have run their course…. With that, the Project EIR stands as certified and the Project EIR is presumed adequate as a matter of law…. Finally, the Department appreciates that, with the presumption of legal adequacy attached to the Project EIR, subsequent or supplemental environmental review is disfavored and is the exception to the rule under Public Resources Code section 21166. Indeed, a responsible agency may only determine subsequent or supplemental review is necessary in limited circumstances…. One such circumstance exists where new information of substantial importance shows a project will have a significant effect not discussed in the certified EIR or that significant effects previously examined in the EIR will be substantially more severe…. This may likely be the case here.
“In its review of Project information in preparation for the Project LSA [lake and streambed alteration] notification, the Department identified additional data and reports developed or releases since Project EIR certification and relevant to the Project….
“In addition, the Department began installing GPS collars on desert bighorn sheep … in the area of the Project in 2013. The department has collected extensive GPS data on the species’ movement and use of springs, including Bonanza Spring. 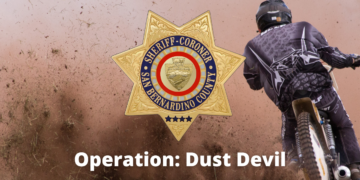